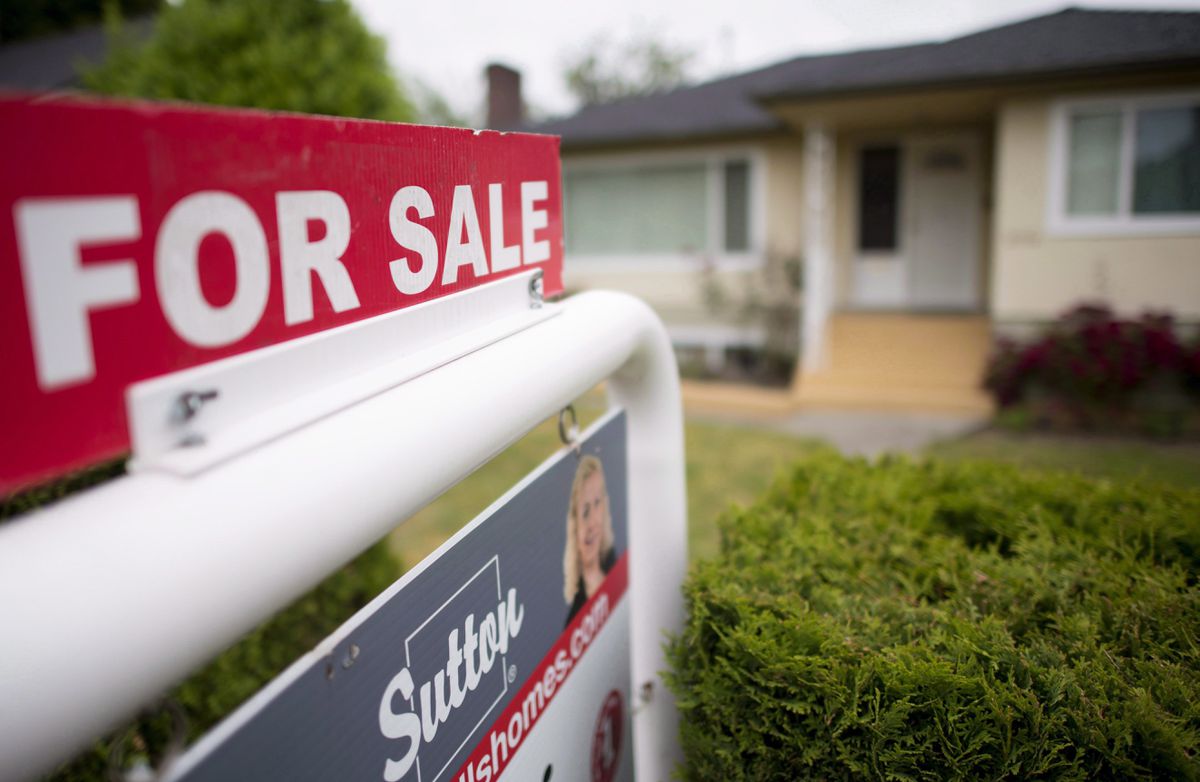 Once red-hot Canadian home prices are expected to fall a total of 17.5 percent from their peak, about double the decline seen during the 2008-2009 financial crisis, in a slowdown already well underway, according to a poll by market experts from Reuters.

A succession of lightning-fast rate hikes from the Bank of Canada, which pushed overnight rates from near zero to 3.75 percent in just eight months, has taken some steam out of the market, with average five-year mortgage rates doubling to nearly 5 percent .

But after house prices surged by more than 50 percent during the pandemic on top of what was already seen as one of the world’s most expensive real estate markets, that expected fall would not be enough to bring prices to affordable levels.

With a debt-to-net disposable income ratio of 1.85, Canadian households are among the world’s most highly indebted and more vulnerable to higher rates given their greater exposure to floating-rate mortgages.

Peak-to-trough correction predictions in the Nov. 8-22 poll of 12 real estate analysts ranged between 10 percent — about how much the market has already fallen — and 30 percent.

Tony Stillo, director of Canada Economics at Oxford Economics, said higher mortgage rates and the panicked rise in prices during the pandemic had kept average housing costs “35 percent above the borrowing capacity of middle-income households.”

“Our forecast for a 30 percent fall in house prices, coupled with steady income growth, stabilization in mortgage rates and stronger housing supply growth… will ensure that house prices will be affordable again by the end of 2025,” he said. .

House prices must fall by 25 percent from peak to trough to make them affordable, according to the median answer to a supplementary question. The response ranged from 18 percent to 35 percent.

That was in line with BoC Senior Deputy Governor Carolyn Rogers saying this week that home prices must fall to restore balance to the housing market.

After rising 11.8 percent this year compared to 2021, average home prices are expected to fall 10.0 percent next year and rise 1.3 percent in 2024, lagging consumer inflation, according to the median forecast in the poll.

“We have a unique situation where demand has cracked and buyers can’t qualify or afford prices before the start of the year. But outside some areas, there isn’t an abundance of offerings to choose from, and sellers can’t still say no thanks,” said Robert Kavcic, senior economist at BMO Capital Markets.

The central bank’s overnight rate was priced in by markets to peak at 4.25-4.50% next year as consumer inflation is more than three times higher than the BoC’s target of 2%.

Home prices in Toronto and Vancouver, regional epicenters of the biggest price boom in recent years, are expected to fall by 11.0 percent and 9.3 percent in 2023, after rising as much as 58 percent and 35 percent since the start of the year. the pandemic.

Asked to rate average Canadian home prices on a scale of 1 to 10, with 1 being extremely cheap, 5 about well priced, and 10 being extremely expensive, the median forecast of 11 contributors rated it 8. For Toronto and Vancouver, the ratings were 9.

A majority of real estate market experts said the risk of a house price crash was low. During the financial crisis, house prices in the US fell by as much as 40 percent, but the Canadian market fell by only 9 percent.