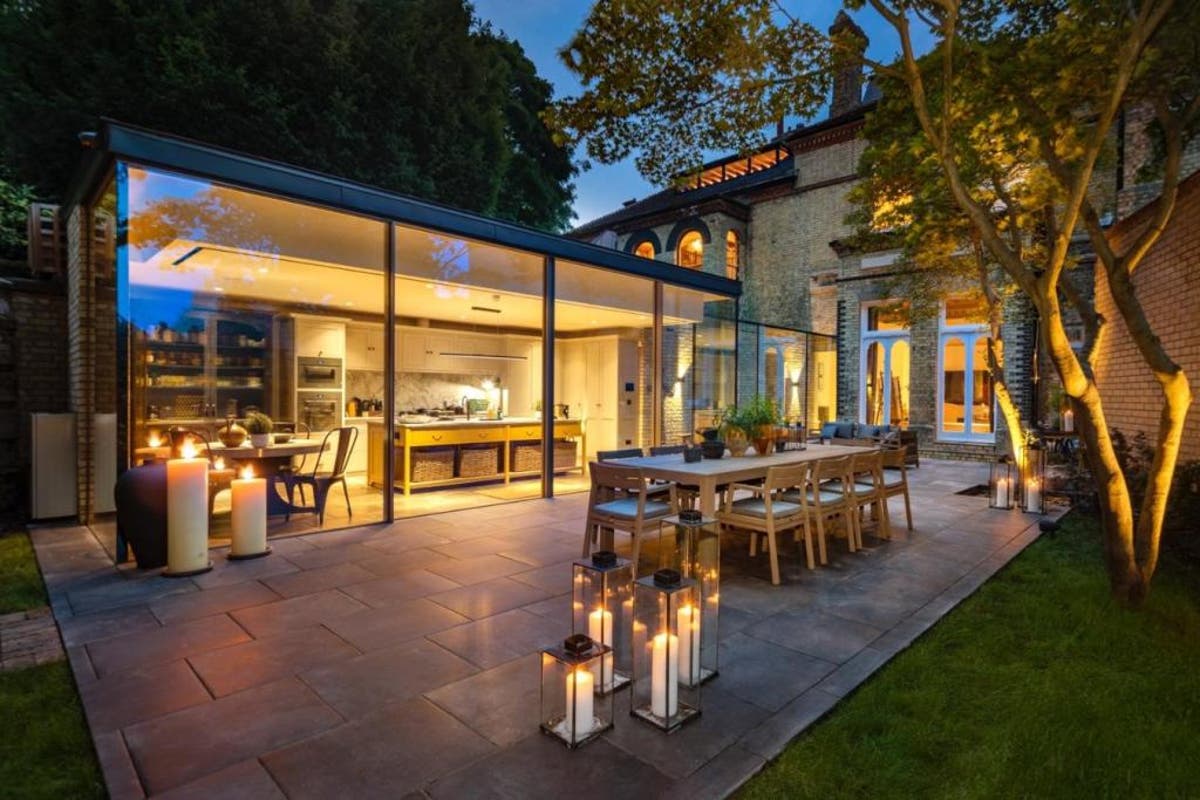 Boy George overlooks Hampstead Heath and has called the six-bedroom Victorian house home for almost 40 years. The singer bought the property in the mid-1980s after scoring a hit with the single Do You Really Want to Hurt Me? from his band Culture Club?

The house was built in 1868 for engineer and developer Edward Gotto, who then added additional wings on either side of the house.

The property was subdivided into several separate buildings over the following decades. In the 1960s, comedian Marty Feldman lived in one section.

Sam Smith bought the house next door in 2015, it is reported that he later sold it to his neighbor Boy George, who then undertook an ambitious three-year renovation of the Grade II listed building, merging several elements back into one large house. During the construction project, the singer became involved in a battle with Camden Council over a building permit.

Today, the house covers 5,453 square feet, with six bedrooms — five with their own dressing rooms — and five bathrooms, one of which has a giant skylight for its ceiling.

There is a meditation room at the top of the tower, a mezzanine cinema room and a roof terrace.

Plans were revealed in the Daily Mail last year for a £100,000 refurbishment of the large garden, with new landscaping, a hardwood patio and stepping stones over the lawn.

Most notable, however, is its “eccentric mix of Gothic and Italianate architecture,” described by architecture writer Niklaus Pevsner as “a formidable atrocity” with its tower, huge bay windows, elaborate detailing, and vaulted ceilings.

In the center of the house is the triple entrance hall, where a dramatic black staircase leads to an upstairs landing. All rooms of the house are directly accessible from here.

The walls are filled with sculptures and contemporary artwork, including a Mr Brainwash Kate Moss above the dining table and framed plaques in a guest bedroom.

An enlarged photo of transgender model April Ashley sits at the head of one of the beds, and there is a sculpted silver torso in an upstairs room propped up on a chair with two erect penises for armrests.

Renovated and expanded by F3 Architecture and Interiors with award-winning designer Kelly Hoppen, the home, which Hoppen initially described as “very dark”, was modified to increase natural light, adding a kitchen-breakfast space with floor-to-ceiling windows opening into lead out onto the garden.

Born George O’Dowd in 1961, Boy George grew up in Eltham in south east London before rising to fame as the frontman of the band Culture Club. He moved to Hampstead in his twenties “a little prematurely”.

“Not much changes in Hampstead, which is actually why I live there. I remember there was a big uproar about a McDonalds entering Hampstead and there was a campaign to stop it, albeit unsuccessfully. Otherwise, it’s pretty much the same as it once was: quiet, prosperous and leafy,” he told the Readers Digest in a 2020 interview.

However, some things are changing, and after nearly four decades in the leafy North London village, the singer is moving on. His house is listed by Aston Chase for £17 million.