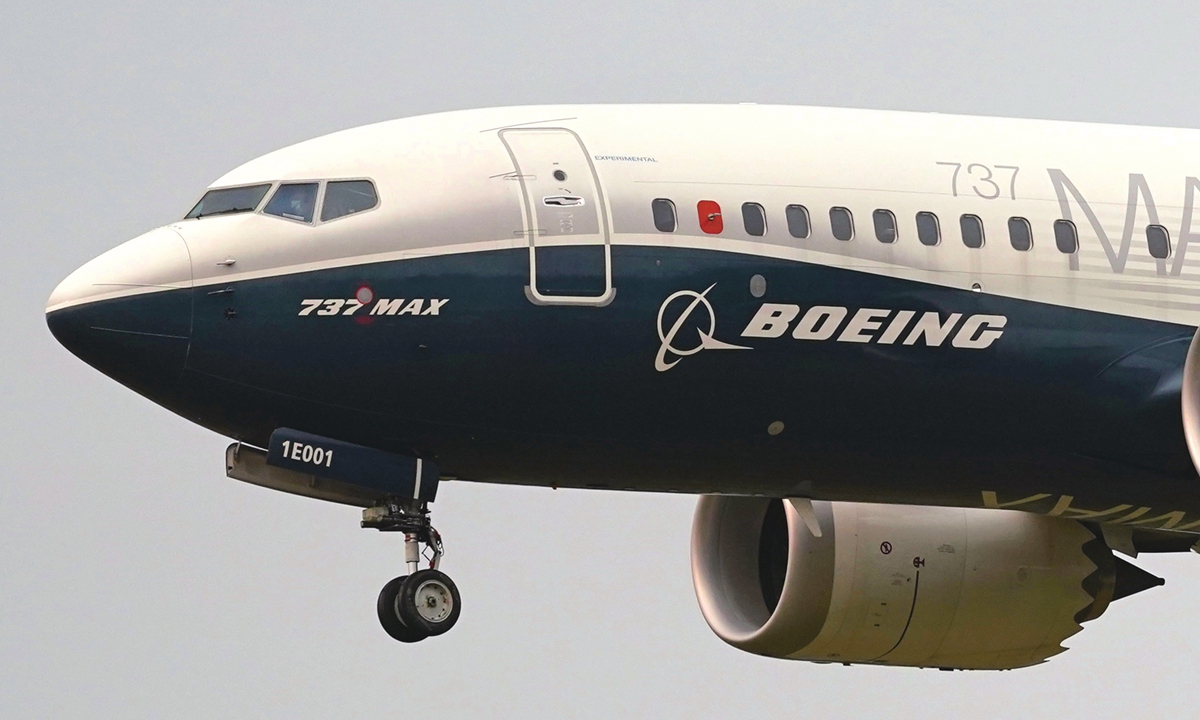 Public opinion in the US looked sour after three major Chinese airlines announced on Friday that they will buy a total of 292 aircraft from Airbus. The order, valued at more than $37 billion, would be one of the largest ever for Airbus. According to Bloomberg, this is China “sending a sign, and it hurts Boeing terribly.” Boeing also expressed “disappointment”, lamenting that “geopolitical differences” between the US and China are hurting the company’s business prospects and are pushing for dialogue between governments.

If Washington thinks any deal Chinese companies make with foreign companies has “political consideration” it can only demonstrate how serious Washington’s practices are of violently intervening in politics in the economy and trade in recent years, and they have created an atmosphere in American business and public opinion circles that see “every bush and tree as enemy soldiers.”

In fact, aviation cooperation is one of the three most important pillars of economic and trade cooperation between China and Europe. Airbus also has an assembly plant in China. Given the stable and mature cooperation, it is not surprising that they continue to promote cooperation. Some analysts said this mega deal is the result of “long and arduous negotiations” and that a collective order from three major airlines could help secure a good deal. In addition, the fuel consumption of the Airbus aircraft and a weaker euro could also be factors influencing the price. All in all, it is a normal business transaction that is hard to criticize and the outcome is also equal and mutually beneficial.

It is normal for the American side to feel sour after losing the competition to Airbus. Judging by the performance of these two companies in the global market, Airbus has been way ahead of Boeing since 2019 in competing for passenger aircraft orders and market share. On the one hand, this is partly due to safety concerns, as flights of Boeing 737 MAX aircraft in several countries have still largely not been resumed. On the other hand, disruptions in the US supply chain have seriously affected Boeing’s supply capacity, with the company having to stop production of 737 MAX passenger jets in May. Sources said China Southern Airlines canceled plans to buy more than 100 aircraft from Boeing earlier this year due to “delivery uncertainty.”

Against this background, instead of analyzing the ‘motives’ of Chinese companies, the US should think about the behavior of its government. Who can rest assured that they are trading on a large scale with a country that often talks about ‘decoupling’, uses sanctions and often introduces bills out of the blue to restrict trade with others? Not to mention products like airplanes that have a long life, are made of complex components and require professional maintenance. Such concerns are in many cases not even a state act. It’s about the political risks different business entities would think about before doing business.

According to a previous assessment by the US Chamber of Commerce, if the US enters into a comprehensive “decoupling” with China and completely cuts off sales to China in the field of civil aviation, it would lead to production losses in the US ranging from $38 billion to $51 billion and cause the US civil aviation industry to lose 167,000 to 225,000 jobs. Boeing also said last year it expects Chinese airlines to need 8,700 new planes worth nearly $1.5 trillion over the next 20 years. If the loss of a $37.2 billion order has hurt Boeing now, let some US politicians continue to advocate for decoupling and building a high wall against China. By then, US companies, including Boeing, will face not short-term, but long-term.

Now Boeing has complained about “geopolitical differences” affecting its operations, but China is not to blame. If there is any political factor in this, it can only be said that the US politicization of economic and trade issues has backfired. In 2021, the Biden administration agreed to end a 17-year trade dispute over subsidiaries between Boeing and Airbus, in order to convince European countries to “jointly confront China”. Now that Airbus has won orders from Chinese airlines, American public opinion is awash with jealousy. This may also remind Europe what is behind various ‘ideals’ that the US verbally claims and Washington that political manipulation cannot prevail over the law of the market after all.

As far as Boeing is concerned, the most important thing to do is not to express “disappointment” with China, but to reason with the US administration and Congress the laws of the market based on improving the competitiveness of its own product. Of course, Boeing is not alone in doing this.