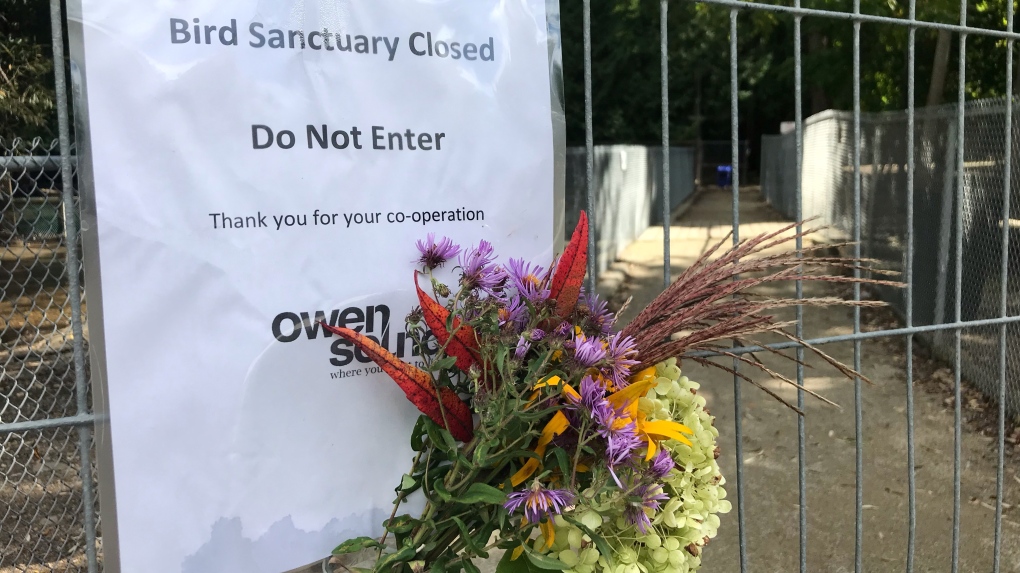 Nearly 100 birds were euthanized after staff at a popular Owen Sound sanctuary noticed they were beginning to show symptoms of bird flu.

The city appealed to the Canadian Food Inspection Agency (CFIA) to confirm the disease. It collected samples for testing, and two days later it confirmed the birds were infected.

The CFIA took immediate action to stop the spread.

“The primary focus is to limit the spread of this disease within Canada,” the CFIA said, noting that bird flu is “highly transmissible.”

“All birds that do not die from the virus will be humanely euthanized and disposed of to prevent the spread of the disease,” it continued.

The deaths came as a shock to locals, including the mayor.

“This is devastating news for the community,” said Owen Sound Mayor Ian Boddy.

Britany Stevenson has fond memories of visiting the park with her mother as a child. Now she shares the experience with her son.

The situation with the birds brought her to tears. ‘I try not to look. It’s terrible,’ she said. “It’s out of everyone’s control, but it’s terrible.”

Stevenson is trying to raise money to replace the birds for future generations to enjoy.

Six swans with royal bloodlines were spared, with lineage stretching back more than 100 years when their ancestors arrived in Owen Sound as a gift from King George V.

“On May 7, 1912, a crate appeared at the harbor in Owen Sound with a return address from Buckingham Palace, and when they opened the three crates, they found royal swans,” Parsons said.

The CFIA said the swans would be isolated, quarantined and monitored for at least 14 days.

City employees who may have come into contact with the birds are also monitored.

“Human disease is quite rare, so the on-site risk for people visiting the park is very low,” explains Gillian Jordan, public health manager at the Gray Bruce Health Unit.

The city has placed the site under a 120-day quarantine. Once it was over, the city said it would begin plans to revive Harrison Park and potentially improve the bird sanctuary.