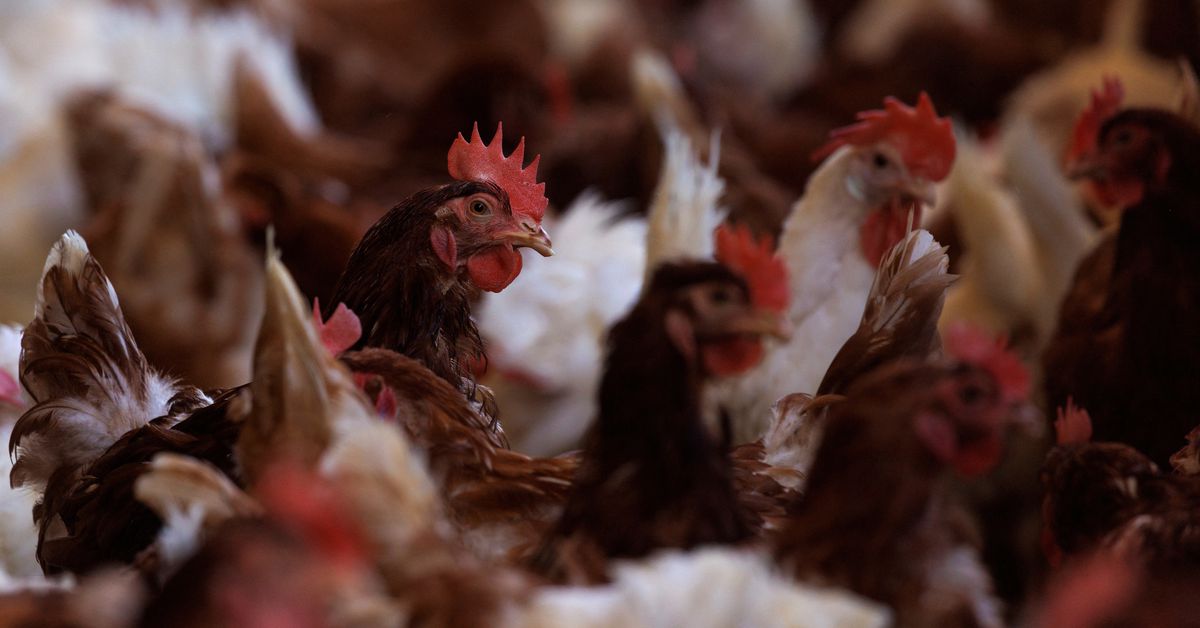 CHICAGO, Nov 24 (Reuters) – Avian flu has wiped out 50.54 million birds in the United States this year, making it the deadliest outbreak in the country’s history, data from the US Department of Agriculture showed on Thursday.

The deaths of chickens, turkeys and other birds represent the worst animal health disaster in the US to date, surpassing the previous record of 50.5 million birds dying in a 2015 avian flu outbreak.

Birds often die after becoming infected. Entire flocks, which can outnumber a million birds on egg-laying farms, are also culled to control the spread of the disease after one bird tests positive.

The U.S. outbreak, which began in February, infected poultry and non-poultry flocks in 46 states, USDA data shows. Wild birds such as ducks transmit the virus, known as highly pathogenic avian influenza (HPAI), through their droppings, feathers or direct contact with poultry.

Farmers struggled to keep the disease and wild birds out of their sheds after increasing safety and cleaning measures following the 2015 outbreak. In 2015, about 30% of cases were directly traced to wild bird origins, compared to 85% this year, the USDA told Reuters.

In particular, government officials are studying infections on turkey farms in hopes of developing new recommendations to prevent infections. Turkish farms account for more than 70% of commercial poultry farms infected during the outbreak, the USDA said.

People should avoid unprotected contact with birds that appear sick or have died, even though the outbreak poses a low risk to the general public, the U.S. Centers for Disease Control and Prevention said.