The constant iterative churn of the gaming phone market stems from a simple necessity: to make a smartphone that plays games faster and smoother. On such simple terms, the Asus ROG Phone 6 Pro is the best on the market at what it does.

While it faces stiff competition from the likes of the Nubia Redmagic 7S Pro, overall the Asus ROG Phone 6 Pro is a more rounded phone that is more pleasant to use on a daily basis. However, you will have to collect a fair amount of money for the privilege, and it is not entirely without flaws.

Asus ROG Phone 6 Pro review: what you need to know

As with previous phones in the range, the Asus ROG Phone 6 Pro goes big on the core components. The main specs are an advanced Snapdragon 8 Plus Gen 1 chip and a large 6.8-inch OLED display with a fast maximum refresh rate of 165 Hz.

It also fits a very large 6,000 mAh battery – or rather two 3,000 mAh batteries, which can be charged via both USB-C ports: there’s a second one on the left, which is better suited for charging during the gaming.

It’s worth pointing out that the Asus ROG Phone 6 Pro and ROG Phone 6 are essentially the same phones, with the Pro model just an extra 2GB of RAM (18GB vs 16GB) and a tiny ‘ROG Vision’. -color PMOLED display on the back.

READ NEXT: Our roundup of the best gaming phones money can buy

In either case, this makes the ROG Phone 6 significantly more expensive than the £669 Nubia Red Magic 7S Pro. This is a gaming-focused phone that also gives you a similar combination of a Snapdragon 8 Plus Gen 1 chip and physical game controller, but also combines that with an integrated cooling fan.

Asus hasn’t changed things too much in terms of design. This is still every inch the gamer-focused smartphone it intends to be, meaning it’s far from subtle.

First things first, it’s nothing short of huge. At 173 x 77 x 10.3 mm and weighing 239 g, this is not the kind of phone that disappears in your pocket. It also won’t fade into the background when you’re on the side. The Pro only comes in one color: a glossy ‘Storm White’ with ice blue accents, including an all-blue nano-SIM tray and power button.

There are splashes of text and futuristic decals scattered across the frosted glass back, and the camera module is sharp and angular too. There’s also a glowing ‘Dare to Play’ slogan, as well as a small ‘ROG Vision’ PMOLED display that runs a series of contextual animations. As with the ROG Phone 5s Pro before it, this last element has little practical use other than indicating incoming calls or running charges.

On the front, Asus has admirably stuck to its gaming stint, keeping the selfie camera away from the screen. This is achieved thanks to bulky top and bottom bezels, which also allow for a sturdy pair of front-firing speakers.

There are a total of two USB-C ports, one on the bottom and one on the left, the latter making charging in landscape easier and also powering the included AeroActive Cooler 6 fan. All in all, it’s a solid, fairly premium-feeling phone, although that sense of quality is somewhat undermined by a low IPX4 rating.

Another feature worth mentioning, especially in regards to other gaming phones, is Asus’ Zen UI. On top of Android 12, it’s much lighter and less obnoxious than its Nubia equivalent, and much less buggy to boot. It’s actually usable on a day-to-day basis, with game features sitting modestly alongside more general apps and menu elements.

READ NEXT: Save money with a budget smartphone

This time, however, the maximum refresh rate has been increased from 144Hz to 165Hz. There’s no denying that the ROG Phone 6 Pro feels super silky smooth in general navigation when you flip that knob all the way up, but a more consequential upgrade for gamers is doubling the touch sampling rate from 360Hz in the ROG Phone 5 to 720. Hz

Asus claims that this display can achieve a sustained brightness of 800 cd/m², with a peak brightness of 1,200 cd/m². In my testing, with the auto-brightness setting turned off, it reached a maximum measured luminance of 534.8cdm/². That’s a lot brighter than the Asus ROG Phone 5s Pro managed to get last year.

The color accuracy is also quite strong, with a registered sRGB gamma coverage of 93.4% and a gamma volume of 93.7% in the desired Normal color mode, and a solid average Delta E score of 1.3.

Performance is king in the gaming phone world, and the ROG Phone 6 Pro is somewhere near the top of the stack. It is equipped with the latest Snapdragon 8 Plus Gen 1, which as far as Android goes is as fast as they come.

The Pro model comes with a downright ridiculous 18GB of LPDDR5 RAM, while the ROG Phone 6 comes with a just slightly less ridiculous 16GB. There is headroom, and then there is not even being able to see the ceiling.

Benchmark scores confirm what you would expect, which is that this is one of the fastest phones on the market. An average Geekbench 5 multi-core score of 4,286, the ROG Phone 5s far surpasses that previously hollow gap with the iPhone 13 Pro Max. It was even more impressive in our GFXBench GPU tests, where it beats anything not powered by the same chip.

The game performance is impeccable. With the gaming-focused X mode active, I was able to run shooters like Call of Duty Mobile and graphically rich games like Genshin Impact at max settings with barely a dropped frame.

Of course, you get similar performance from the Nubia Red Magic 7S Pro, which has similar specs and costs less. One area where that phone does better out of the box is with sustained gaming loads, where the latter’s native cooling fan keeps performance higher for longer. Asus claims to have made major improvements with its GameCool 6 cooling system, but still scored lower than its rival in comprehensive GPU benchmarks.

Asus chose to bundle the AeroActive Cooler 6 fan to achieve the same kind of performance over longer sessions, as well as provide four additional physical buttons for game input, as well as a kickstand for media playback. It undoubtedly makes the ROG Phone 6 a better gaming device, but I’m not sure how practical it will be to drag this peripheral around all day without you.

Even without the AeroActive Cooler 6 attached, Asus offers its Airtrigger 6 shoulder buttons on the right edge. These transform any competing FPS or MOBA that allows you to remap your controls so you can map important actions to physical input.

Asus has also kept an eye on the gaming price with its battery offering. The ROG Phone 6 Pro, like its predecessors, comes with two 3,000 mAh cells for a combined 6,000 mAh battery. This is one of the biggest advantages over the aforementioned Nubia Red Magic 7S Pro, which comes with a smaller 5,000 mAh cell.

In our regular looping video test, the ROG Phone 6 lasted 19 hours and 12 minutes with the new 165Hz display at its maximum. With the default auto-refresh rate active, however, it scored a more comfortable 22 hours and 55 minutes, which is competitive with both last year’s batch gaming phones and this year’s flagship phones.

Asus supplies a 65W charger in the box, which takes you from empty to 86% in a more than respectable 30 minutes. The manufacturer’s claim that it will get you up to 100% in 42 minutes also proved quite on the money.

We never expect great things from a gaming phone’s camera system. Although the camera of the Asus ROG Phone 6 Pro can by no means be described as ‘great’, it is a remarkable improvement over the ROG Phone 5s Pro. 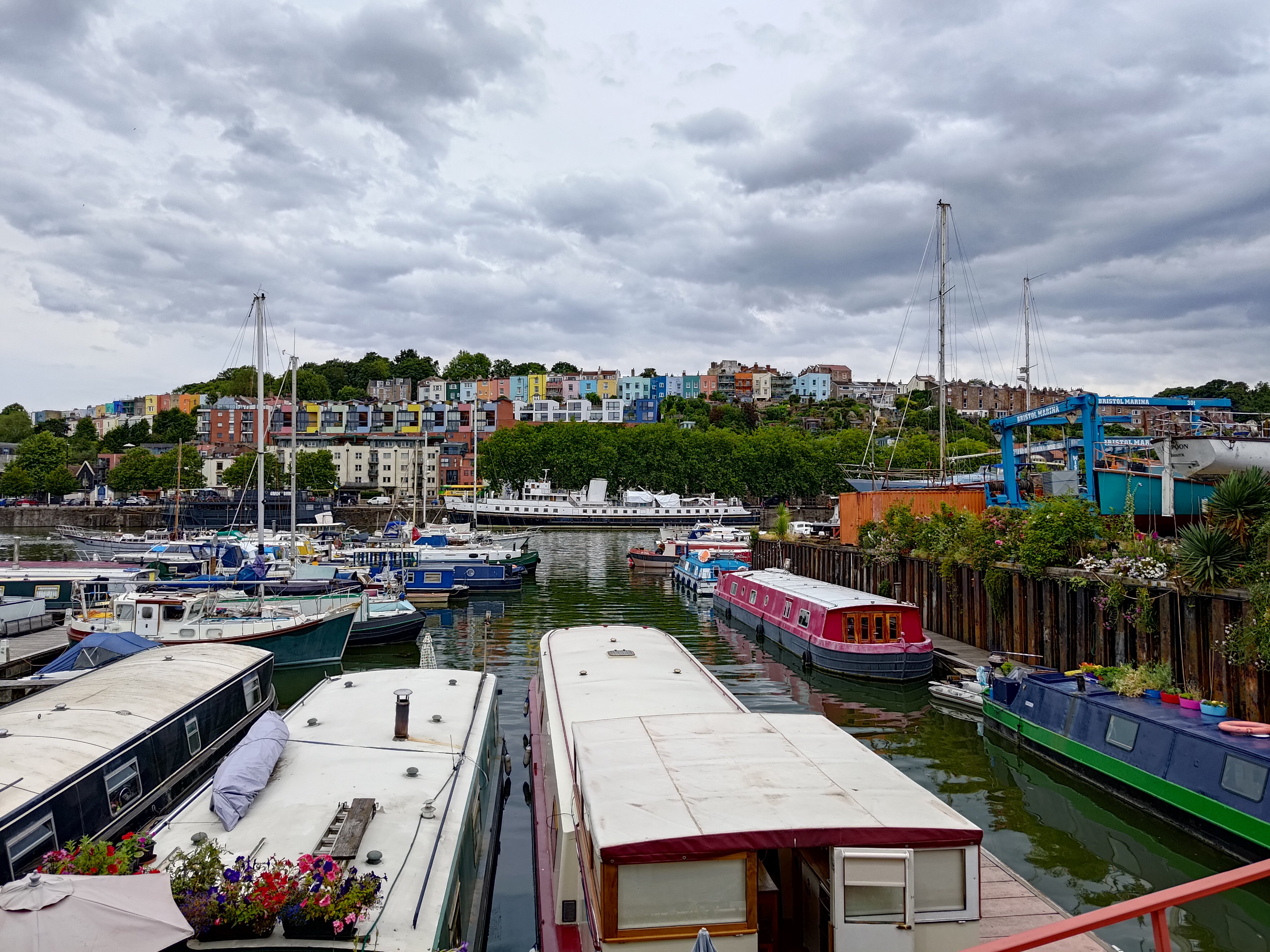 It could even have the best camera on any gaming phone yet. That’s all because of the switch to a 50MP Sony IMX766 main sensor, which we’ve seen well in the OnePlus Nord 2T, the Xiaomi 12 and most recently the Asus Zenfone 9.

Shots shot with the Asus ROG Phone 6 Pro can’t compete with those three phones, probably thanks to the lack of OIS. But it can still take clear, sharp, well-exposed shots. Even night shots are not a complete write-off, despite the lack of stabilization. 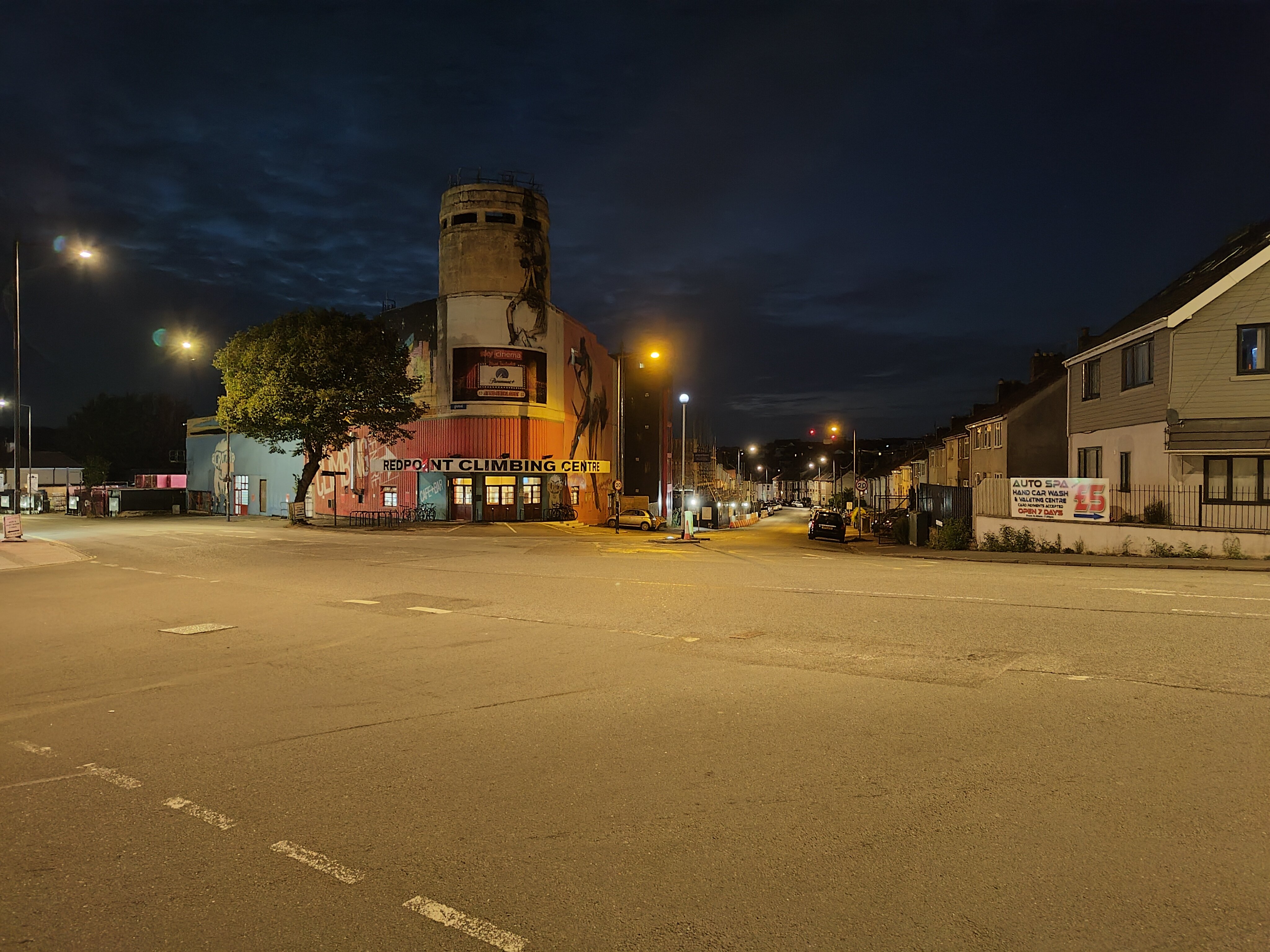 The 13MP ultra-wide 5MP macro cameras represent a major decrease in detail and exposure, and I’d rather see the latter dropped altogether (see the Asus Zenfone 9) and more focus given to the two cameras that really matter. But as for gaming phone cameras, this setup isn’t half bad.

READ NEXT: The Best Gaming Monitors For Your PC Setup

The Asus ROG Phone 6 is another excellent option for that small but dedicated niche of hardcore smartphone gamers. It’s as powerful as they come, the physical controls prove to transform the gaming experience, and the bundled AeroActive Cooler 6 enhances gaming performance even more.

It still represents a compromise in everyday usability, thanks mainly to a sturdy and ostentatious design. But the delivery of a camera capable of taking respectable photos, coupled with a fairly clean user interface, marks a welcome nod to mainstream considerations.