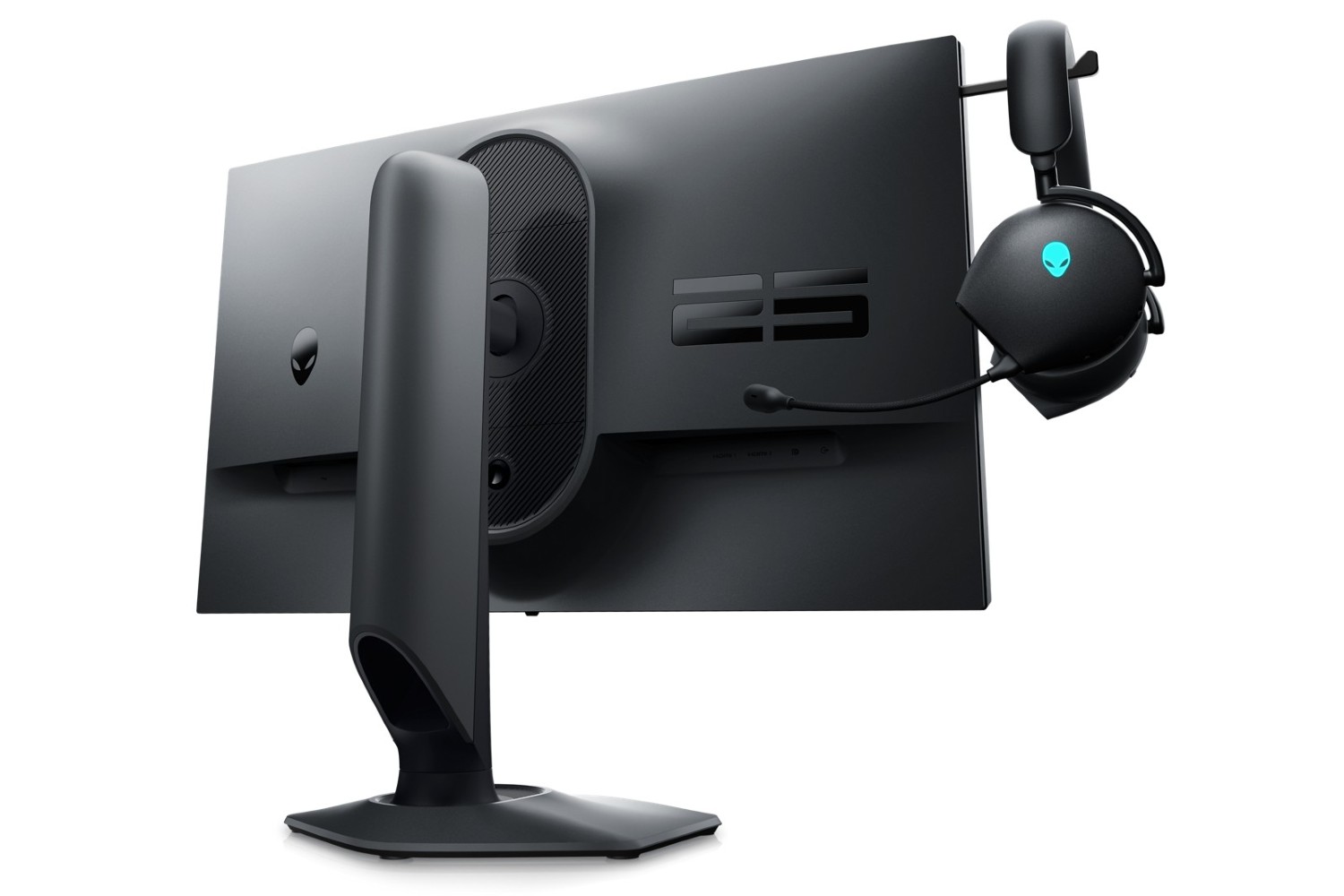 Dell today released two new gaming monitors with a unique retractable headset stand built into the side of the panel. The Alienware 25 (AW2523HF) and Alienware 27 (AW2723DF) are the latest monitors from Dell’s Alienware gaming division, and we’ll be the first to admit that they look very nice.

The retractable headset holder is a good idea that should help keep your desk tidy, especially if you don’t already have a stand for your gaming headset. Of course, Alienware’s promotion depicts the setup using its own Alienware Tri-Mode wireless gaming headset to complete the aesthetic.

Both monitors are Alienware’s first with VESA AdaptiveSync Display certification, an industry standard for variable speed displays. The certification happens to be required to work with Intel’s new Intel Arc discrete gaming graphics cards. Both displays have incredibly thin bezels and a futuristic stand in true Alienware fashion.

Both monitors are also compatible with AMD FreeSync and Nvidia G-Sync to get the most out of your graphics card. Both also include an always-on “comfort view” blue light reducer, which Dell claims can reduce eye strain without sacrificing color.

There are some subtle differences between the two monitors. The Alienware 25 AW2523HF is a 25-inch 1920 x 1080p display with a whopping 360 Hz variable refresh rate. The panel supports HDR display, which comes in handy when combined with Windows 11’s AutoHDR feature. It achieves 99% sRGB color gamut, so your games will look stunning.

The entire display is supported by a wobble-free hexagonal base. There is no audio output on this screen.

Then there’s the Alienware 27 AW2723DF monitor. This is a 2560 x 1440 27-inch display with a native variable refresh rate of 240 Hz (overclocked to 280 Hz), fast IPS response time of 1 ms gray-to-gray and AlienFX lighting. The monitor uses an LED “edgelight” backlight system.

The display is attached to a height-adjustable plastic stand featuring Alienware’s iconic Lunar Light design. Anyone with an Alienware Aurora gaming PC will love this one. It also includes the same retractable headphone hook as the 25-inch model.

These monitors both follow Dell’s new Infinity Edge design ethos, first made popular on the XPS line of laptops. The panels are virtually borderless, which gives the monitors a futuristic look.

Both the Alienware 25 and Alienware 27 monitors will be available on August 17 in the US and worldwide on October 6. Dell has not yet announced prices for these screens.