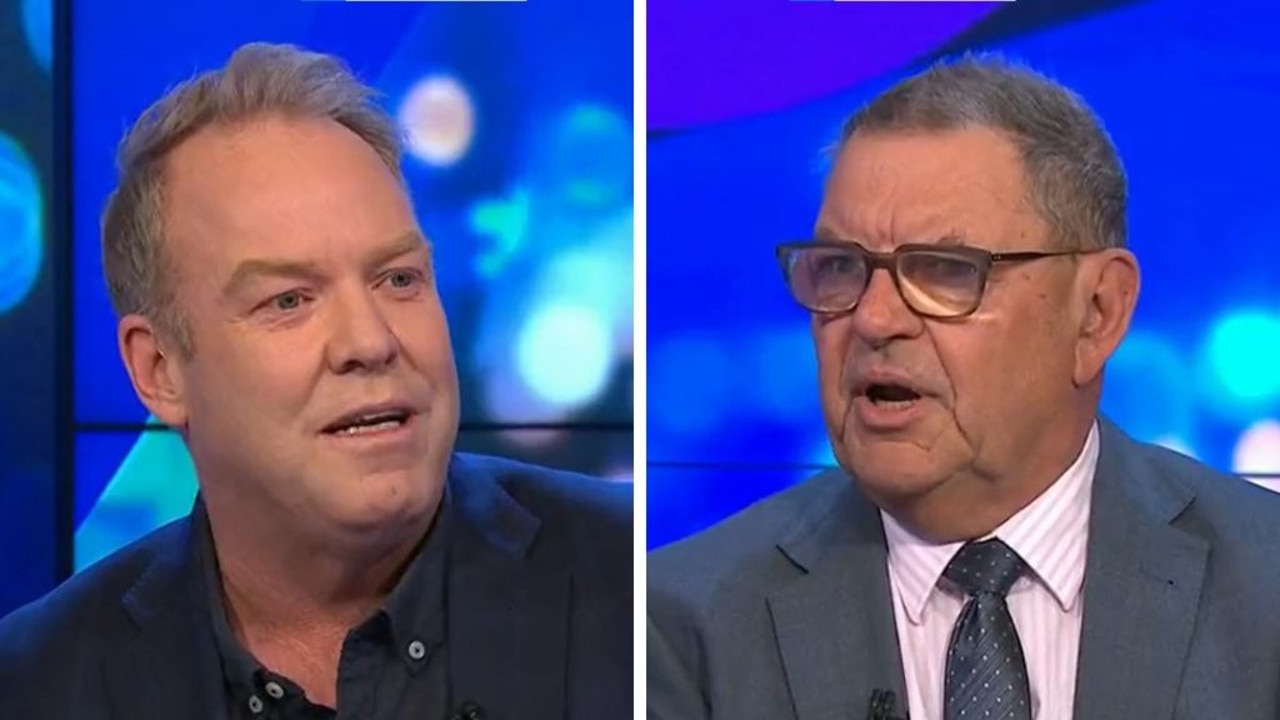 Steve Price has hit back at criticism he received after a controversial opinion article he wrote last Friday.

Price took aim at the AFLW in a scathing column, arguing that high school soccer players produced a better product.

Watch every game of the AFLW season LIVE on Kayo. New to Kayo? Start your free trial now >

Price was critical of the low-scoring nature of the matches, saying the AFLW is not an “elite sport”.

“Last weekend — in week five of the nine-round AFLW — one team scored a lone point for the entire game,” Price wrote.

“In many sports, the competition for elite women is just as exciting to watch as it is for men.

“But AFLW is not a top sport and the female version of Australian football is subpar. It does not deserve the attention and funding it is getting.”

On Monday night, Price appeared on The Project along with Peter Helliar, Carrie Bickmore and Waleed Aly to discuss his article and the nature of the conversation quickly turned frigid.

“Let’s talk about your article on last week’s AFLW that got a few people excited,” Bickmore said.

“You knew exactly what you were doing and executed it perfectly. So it’s in its fifth year, things take time to build. ”

Price then said the article was just his own opinion, which he believes is the beauty of sports, before pointing out AFLW’s low number of visitors.

“The great thing about sport is that all of you can have an opinion and debate about me, and that’s what I did. I do believe, when I write a column like this, I absolutely believe it 100%,” he said.

“Yesterday you had one point from one of the teams again and the crowds just aren’t going. You had a crowd of only 540 people about two weeks ago.”

Aly interrupted, “Where was that?”

Price replied: “That was a game between North Melbourne and the Cats, Geelong, played in Melbourne.”

Aly then brought up the 20,000 crowd attending an AFLW match at Adelaide Oval, but Price capped that off with a dig in Adelaide.

“Adelaide is an exception to this for some reason. There is nothing else to do in Adelaide so they are clearly going to AFLW. If the men’s game isn’t going on, the crowd isn’t getting any better.”

But when Helliar got involved, things took an icy turn when he put the flamethrower on Price and wondered if he just “didn’t like women doing physical sports”.

helliar: “This idea Pricey that one point was scored, I mean I messaged you this weekend.”

Price: “That’s not entertainment. How can that be entertaining?”

helliar: “Debate. Go back to 1899 St Kilda scored a point against Geelong. They did it a year later…”

Price: “That’s because there were no horse and carriage available to get to the competition.”

helliar: “Pricey Geelong scored 23.24 in the same match. Things will develop. What was disappointing about your article, you know how I feel about this, two weeks ago you were supposedly canceled and now you are using one of your very powerful media forums to, I feel, you are very successful and you have worked hard, but I feel have that you have put your foot on the throat of an industry that is trying. I think of my sisters who are crazy and they would have loved to dream of playing AFLW. This is better than four years ago, it will get even better.”

Price: “Let me clarify what I’m saying. I think the AFL went too early and too hard. There is not enough talent to fill 18 teams. They should have gone quieter and you shouldn’t have the problems you have now. I think the media attention is extraordinary for something that isn’t very good.”

But it was shortly after the talk hit the NRLW that Helliar threw a sharp barb in Price’s direction when he called him out for disliking women who do physical sports.

Waleed Aly: “You just don’t like women’s football. Also don’t you like the NRL which is of good quality.”

Price: “I don’t think it’s good enough to get the media attention it gets.”

helliar: “I guess you don’t like women who do physical sports, is that true?”

Price: “Have you read the column? I gave about seven examples of great women’s sports, golf, racing..”

Price: “Netball, basketball, I gave all those examples in that column. I have no problem with women’s sport, women’s sport is fantastic, AFLW is not.”

helliar: “Back to this industry that’s been going on for five years. We’ve had this debate for a while, but to see it in print, to use this megaphone, you have to have a competition bash.”

Price: “I’m not doing anything. I’m just saying it’s not good quality. How can one match with one point scored be of good quality.”